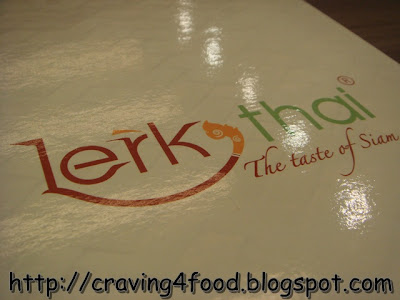 First thing came to mind when you say Thai food would be Tom Yum soup? Some would say Tom Yum fried rice or Phad Tai. So in my expedition looking for good (most of the time) food, I found this place which has a few branches across Peninsular. Not many but only 3 if I am not mistaken. The place is called Lerk Thai and from the name you would know by now that the place serve Thai cuisine. Walked in and there wasn't much people around and decided to get myself comfy before going through their menu. Standard appetizers and also soups like the one you would find in any Thai restaurants. 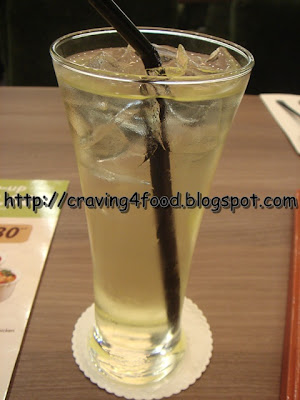 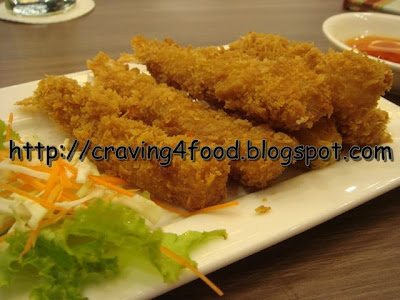 Crispy Torpedo Prawns - RM12
The sizes of each prawns isn't as large as I thought it would be, but it's suffice. Price could be a bit steep but it's nice to have something crispy to bite on before the main. Not bad, but remember to get plenty of Thai sauce to go with the dish. 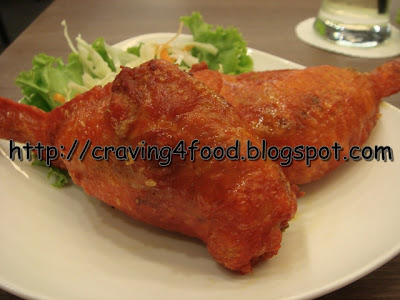 Boneless Chicken Wing - RM12
I asked the waiter if it was large, and he said it's small but when I saw the pair of rings, damn it's large. This is because the wings are de-boned and stuffed with lots of crab meats and lots of other ingredients. Very filling. 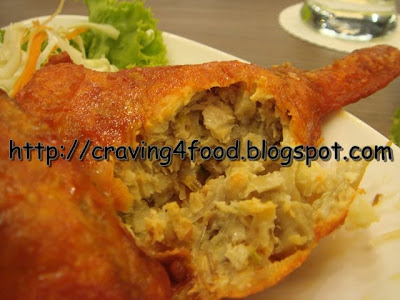 This is how the inside of the chicken wing looks like. I think the wings looks more like a drumstick after being stuffed with all the ingredients to me. Make sure to eat it while it's still warm. 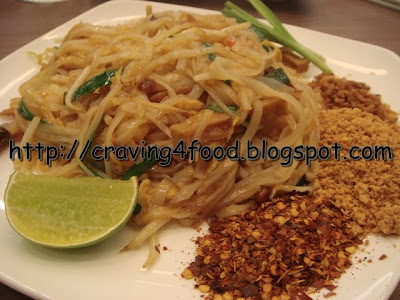 Phad Thai - RM15/plate
Finally my main which I had been contemplating whether to go with fried rice or their noodle. At the end I had ordered their fried kway teow with prawns, Thai style of course. I had tried their Phad Thai previously in Bangkok and this doesn't really justify the real deal. The noodle is wet and the usual side ingredients such as chili flakes, crushed peanuts and dried small anchovies. Mixed all that with their own bland of Asam sauce and a small squeeze of lemon, and you got yourself an acceptable plate of Phad Thai.
I think I would be more happier if I had ordered their Thai fried rice or any other fried rice but at the end I had to settled with the noodle. Maybe you can try it out and let me know how it is. They also serve authentic asam fish and array of appetizers too. Isn't the best I had but quite pricey on the dishes though. (Rating: 3.8 out of 5.0)
Writen by BaBy OcTopUs at 11:10 PM

Jusco Tebrau! wow it is just near to my house.. if only i know u earlier..i will recommend u to try nasi lemak kukus that sells every day just in front of my house. It is so delicious with ayam rendang, ayam rempah, and so on. The important is.. it is so so delicious plus so berpatutan.... :) u wont regret to try it at all. Most of their regular customers are Chinese and Malay. Yummy!

is it? i am so into Malay cuisine especially the pedas2 punya~ throw me anything, I bagi lesap habis. haha~ let me know the exact location n I can try it out. :)

ps: i am going down JB once a month, so no issue. hehe~ !thanks