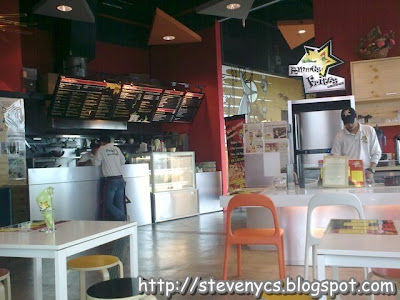 Was walking around Asia Avenue looking for a place to have some light snack when we come across this place. It's called Pommes Frites. The place served mostly fries and mussels as their main. What differs their fries from the one we had at the other places? Well for one, they use fresh premium bintje potatoes directly imported in from Belgium. 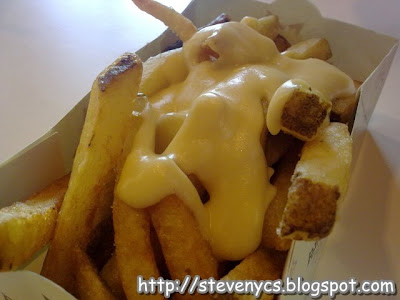 Saw the banner that they are having this promotion on their fries and thought of giving it a try. I had asked for the recommendation and the guy was really nice to ask what is my taste preference rather then just recommend me their best seller. I had asked for salty plus spicy and he had recommended this. It's their fries with Cheddar Cheese dipping. It's basically cream sauce mixed with cheddar cheese and spices. (RM5/set) 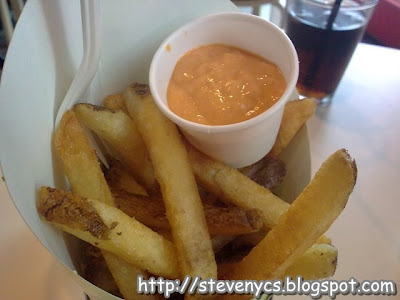 This is the second recommendation from them which is called Samurai. It's sambal oelek, egg yolks, olive oil and seasoning mixed together. All their dipping are home made, so you can't find it outside. The dipping was really nice and you can really taste a tit of spice and also olive in it. Sadly it was so little. (RM5/set) 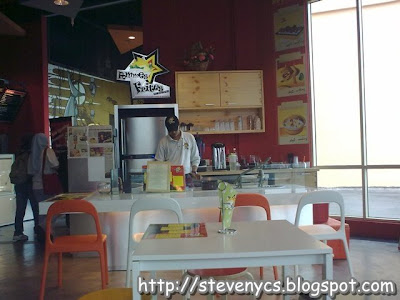 I heard that their potatoes are cooked twice with the second time cooking provides a golden color and makes the fries deliciously crisp. Other than the two dipping which I had ordered, they have more than 10 more dipping in store. The fries to me isn't that much different but maybe the texture and the fullness of the fries which differentiate the American to theirs. Well it's definitely a nice place to hang out and have some light snacks if you're into fries. (Rating: 3.5 out of 5.0)
Writen by BaBy OcTopUs at 5:51 PM