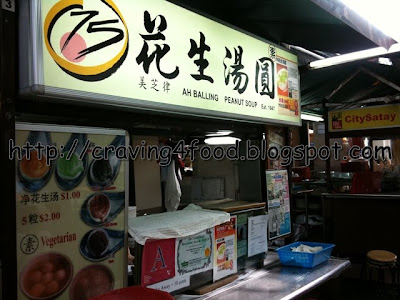 During my vacation down South, I had tried a few spots around town but didn't really found any which worth mentioning. Maybe I just need a good guide to bring me over to the good one and not waste time trying everything I see. Anyway, we're over at China Town and babe told me she tried this stall before and it's worth mentioning. It's called Ah Balling Peanut Shop. No, they are not selling peanut, but rather desserts with peanuts in them. They have a few varieties which ranges from peanut, green tea, sesame, red bean, yam or go vegetarian with their ginger soup. 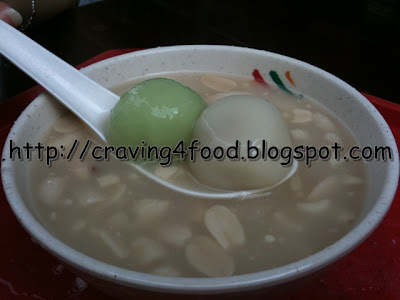 Babe had ordered their sesame balls with peanut soup. As you can see, there's plenty of peanuts in the soup and according to babe, it's really nice. There are 5 balls in each bowl if I am not mistaken. 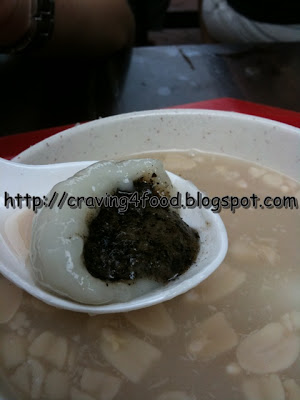 This is how the inside looks like for those who never saw sesame before. Did I tried? Hell no. I am so not into this kind of dessert. Too sweet for me. But again, babe assured me it's worth trying out. The whole bowl cost around SGD2 for 5 balls. Quite cheap I guess if you don't go and convert it to RM. So for those who like dessert, you can try this place out and let me know what you think. But babe and her friend did agreed that the same dessert over at Pappa Rich tasted better. Duh~! (Rating: 3.5 out of 5.0)
Writen by BaBy OcTopUs at 5:19 PM

Email ThisBlogThis!Share to TwitterShare to FacebookShare to Pinterest
Labels: Dessert